Please fill out the below form and one of our experienced team will be in touch. Alternatively, you can call us on 0333 577 2488. 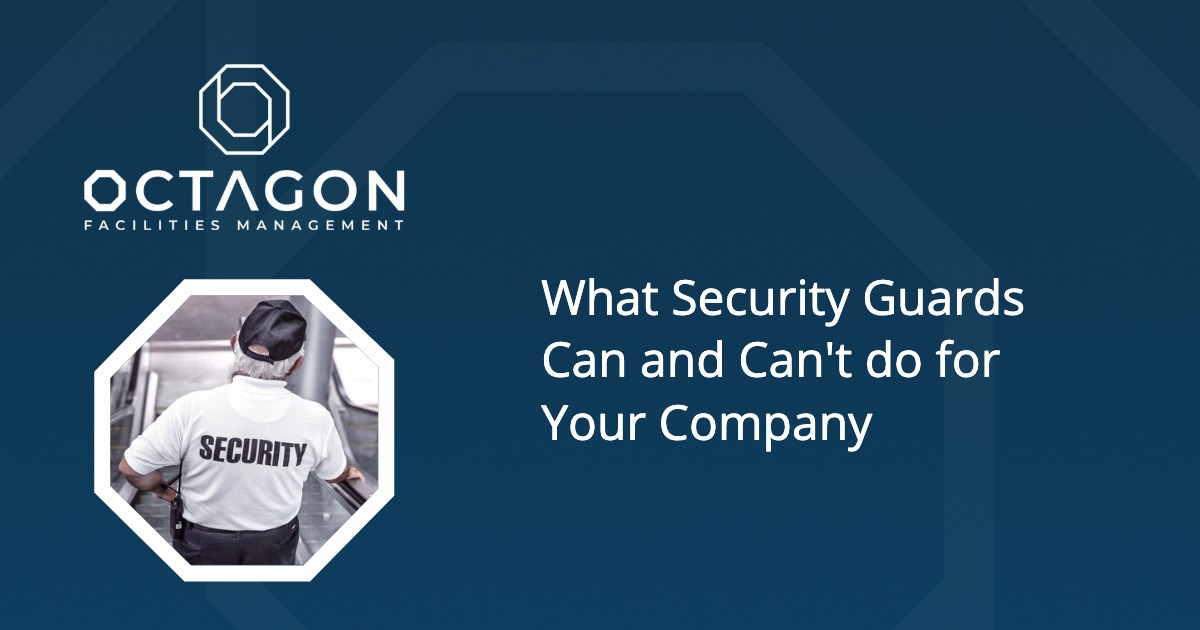 Security guards are used in countless businesses, events and public places, but have you ever stopped to think about what they can and can’t do?

The good news is they can do many positive things to keep employees, customers, and visitors safe, but it’s important to be aware of where their authority ends if you’re considering using security guards.

The big list of what security guards can do.

They can be a company ambassador Security guards are often the first and last people see when visiting a business, event, or public place. This means they need to be ambassadors for the business who can welcome and bid farewell to people professionally, courteously, and with a smile.

They can act as a deterrent against theft and burglary Sometimes, the mere presence of a security guard at the entrance to a property or large event will be enough to deter theft or anti-social behaviour.

This is why it’s common to see security guards standing prominently within doorways of high street retailers that sell high-value goods.

They can act as first aiders Although anyone can technically become a first aider within your business, security guards are often best placed to hold that qualification, due to their ever-presence and ability to react quickly to situations.

That means they can deny access if they suspect there might be a problem or if they witness any suspicious behaviour.

They can direct traffic If your business experiences a significant flow of traffic through its premises or has strict parking rules, security guards can be tasked with directing vehicles efficiently.

This is particularly useful at large events such as festivals where parking needs to be regimented, fast, and controlled.

They can patrol If you have large premises or those which contain valuable assets, security guards can be tasked with patrolling the property at set or random intervals to check for suspicious activity as well as acting as a deterrent against theft and burglary.

They can direct and help people The chances are, you’ll have approached security guards in the past for information about your whereabouts or directions.

This is why security guards need to be confident with directing and helping people and doing so in a professional manner which presents the company they’re representing in the best possible light.

Expect security guards to have the necessary skills and training to carry out health and safety checks such as fire alarm tests and fire extinguisher checks.

They can ask people to leave If they feel it appropriate to do so, security guards have every right to ask someone to leave the premises.

If that person refuses to leave, they will technically be committing a civil (not criminal) offence by trespassing. If they become violent, this would stray into criminal behaviour and what is known as aggravated trespass. In such instances, security guards can use reasonable force to remove the person in question or call the police.

They can detain Security guards are allowed to undertake citizen’s arrests like anyone else, and can therefore detain someone if an indictable offence takes place.

They can search possessions (with permission) If a security guard witnesses suspicious behaviour, they have every right to search someone’s possessions, providing they’re given permission to do so.

They can use reasonable force Security guards are allowed to use reasonable and necessary force in situations that demand it. For instance, this might be if an altercation breaks out or someone becomes aggressive when asked to leave the premises.

Security guards can also use handcuffs if they’re trained, authorised and insured to do so.

So, what can’t security guards do?

They can’t stop without evidence In order to stop and deal with someone suspected of theft, security guards need clear evidence.

To ensure retail security staff only detain people when they’re 100% sure of their actions. They us an acronym called SCONE:

They can’t work without a licence Security guards need sector specific licences if they’re working for a contractor, which is why it always pays to check the relevant licences for your industry when approaching security companies.

Do you have a need for security guards?

As you can see, security guards have a lot of power and responsibility, which is why they can be such a valuable addition to most businesses. Find out more about the security services we offer by contacting our team, today.

To have useful industry news and insights like this delivered straight to your inbox then please join our newsletter!